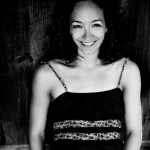 Troy Ogilvie (Performer) began dancing with ballet, tap, jazz, and musical theater and graduated from The Juilliard School in 2007, where she continues to appear as a guest artist. REPLACEMENT PLACE marks her first collaboration with PNDT. Previously, she has collaborated with choreographers Andrea Miller, Sidra Bell, Shannon Gillen, zoe | juniper, musician Liv Heym and director Peter Sellars. She was recently seen opposite Nick Bruder as Lady Macbeth in Punchdrunk’s production of Sleep No More and in the Metropolitan Opera’s production of Prince Igor. Earlier, she was a dancer and rehearsal director for Gallim Dance, a Founding Collaborator and Program Manager of the Movement Invention Project (Artistic Director, Alexandra Wells) and is the Assistant to the Artistic Director of Springboard Danse Montreal. 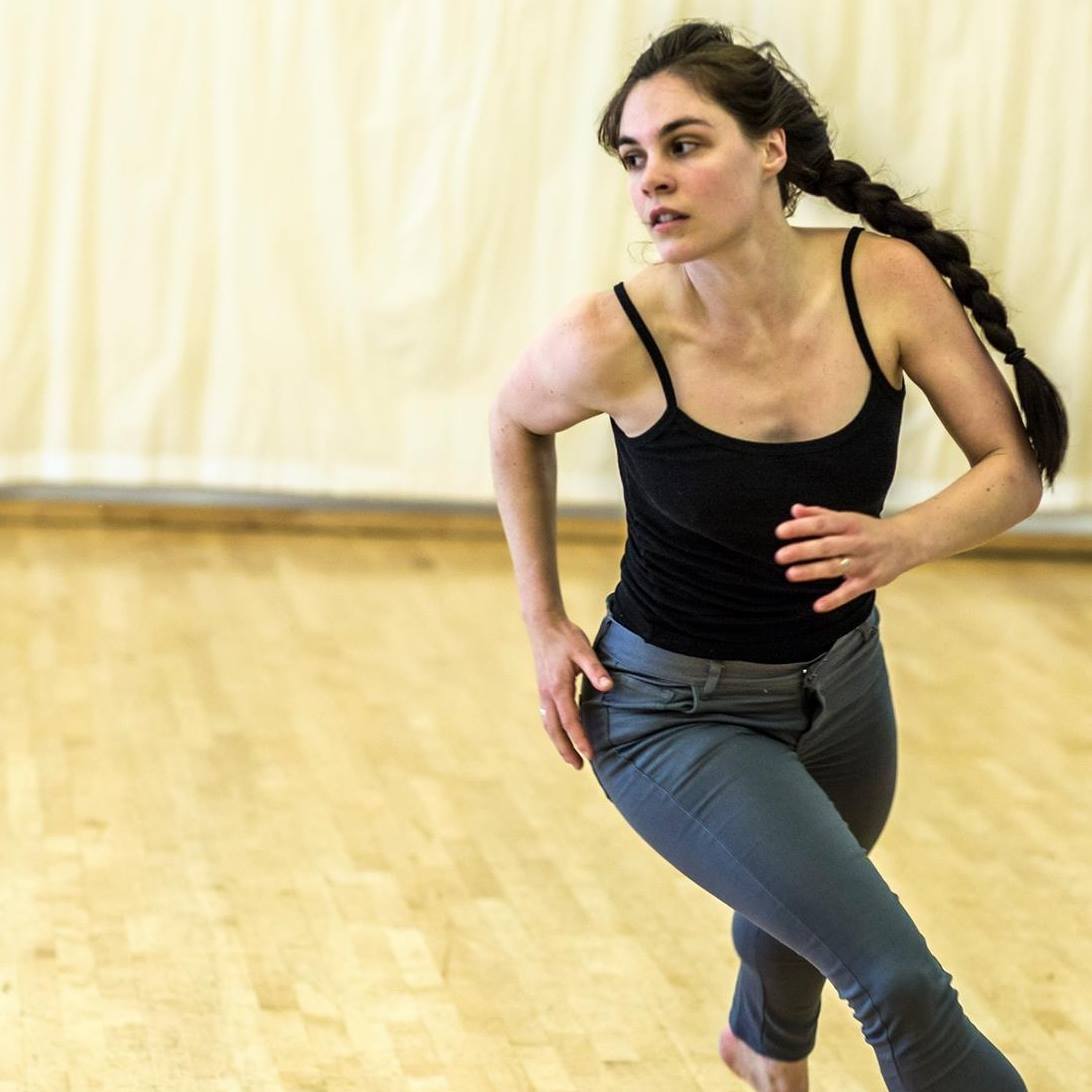 Rebecca Margolick (Performer) was born in Vancouver, Canada and is based in New York City. TREMENDOUS marks her first collaboration with PNDT. She was a company member of Sidra Bell Dance New York from 2012-2016 and currently freelances with Patricia Norowol and UNA Projects. She has worked with Jérome Bel, Lileana Blain-Cruz, Derrick Belcham, Emily Terndrup, Shay Kuebler, Donald Sales and Barak Marshall. Rebecca was a 2015 LABA Fellow where she co-created the piece ‘birds sing a pretty song.’ with Maxx Berkowitz which premiers at the 14th st Y and the Vancouver  Chutzpah! Festival in May. She will an artist in residence at Derida Dance Center in Sofia, Bulgaria in October 2017 through the GPS Fund, supported by Trust For Mutual Understanding New York. Rebecca trained at Arts Umbrella and graduated with an Honors BFA from NYU, Tisch School of the Arts. 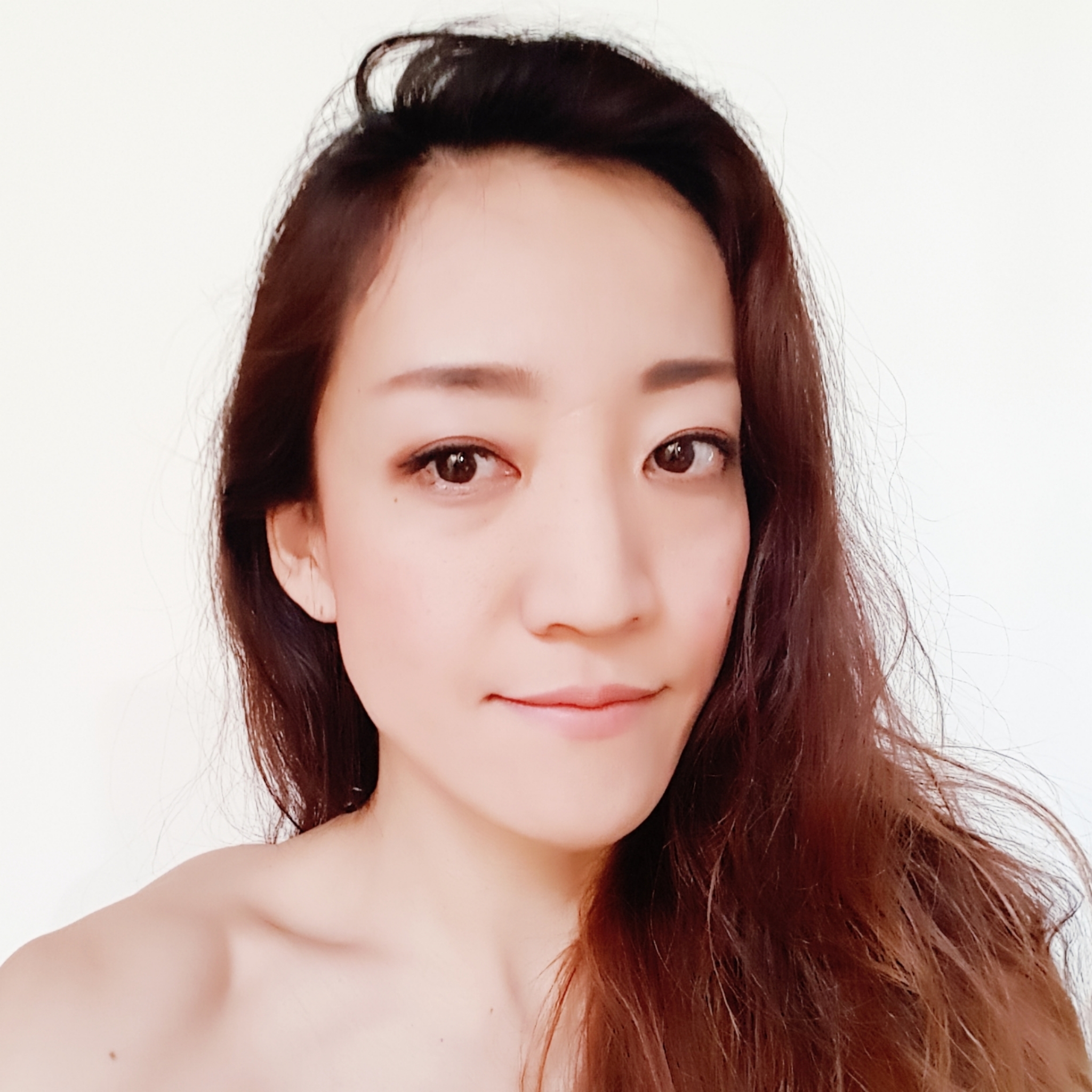 Mika Yanagihara (Performer) was born in Japan and began her training in modern ballet as a child. She first collaborated with PNDT in 2009. She is trained in modern ballet, jazz, hip-hop, african, house and contemporary dance. In 1997 she was awarded a full scholarship and teens scholarship at Martha Graham School of Contemporary Dance and performed with the Martha Graham Company for their NY season at the Joyce Theater.  Mika has performed and taught in Holland, Germany, Sweden, Japan and India, also was a director of her art entertainment company *KAGUYA* in 2008-2013. She is currently working with 277DanceProject, Laurie De Vito and Dancers, and Patricia Noworol Dance Theater.

Ms. Dowling released her debut electronic alternative pop album with Gold Bolus Records in May of 2015. Entitled lullaby apocalypse under the moniker kills to kisses, the album is a marriage of acoustic contemporary classical technics, looping artistry, electronica, trip hop and folk. 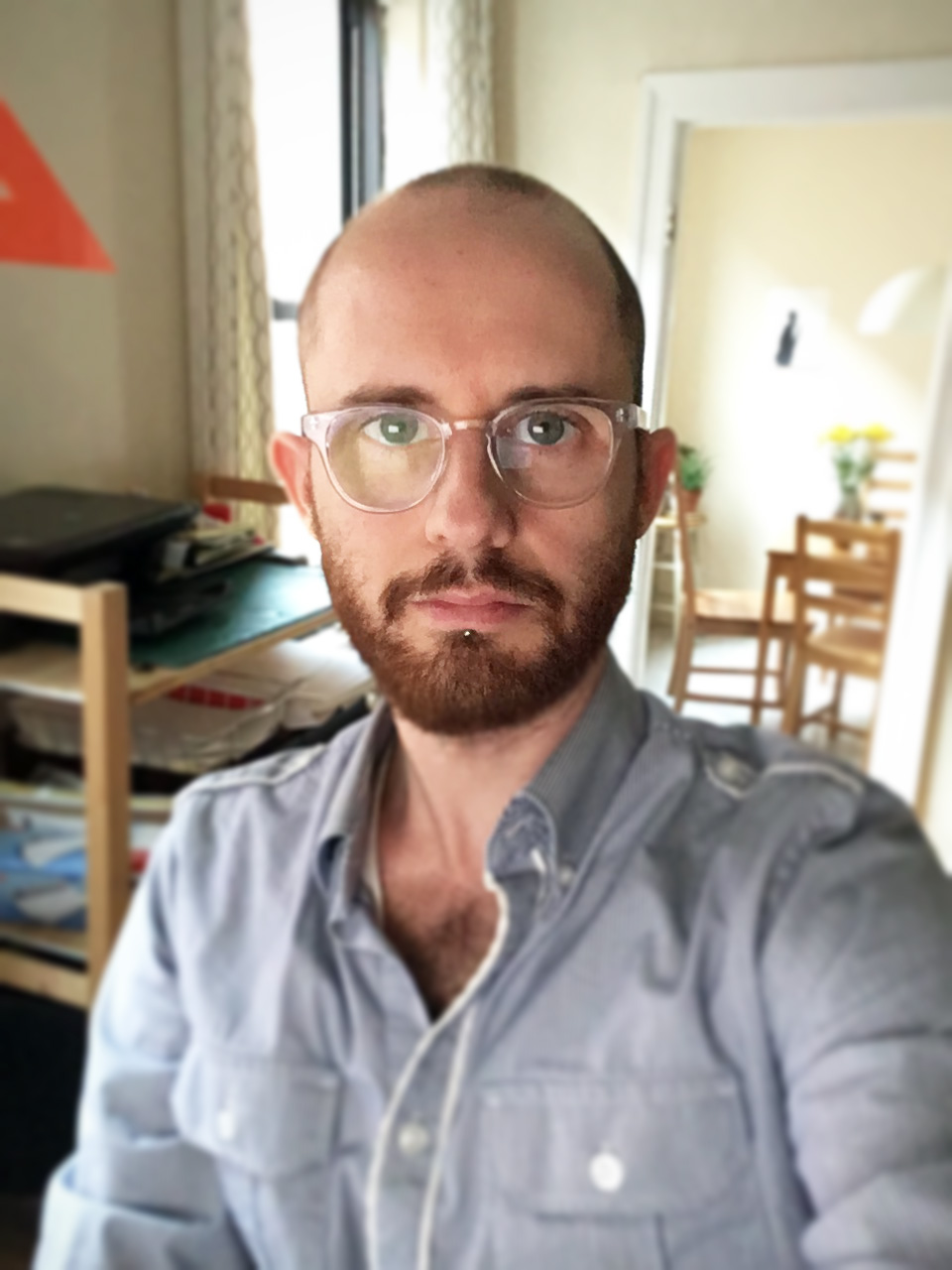 Liene Dobrajara (Costume Designer) is a Latvian-born costume designer for theatre and lm. She has worked in Germany, Russia, and the Baltic States, and now works and resides in New York City. Trained as a Fine Artist and a graduate of the prestigious Academy of the Arts in Riga, Latvia, Liene has found her place in costume design, and has been designing for theater, opera, lm and dance since 2008. Recent credits include Don Juan at Bard Fisher Center, Imagining the Imaginary Invalid at La MaMa, Rigoletto at Latvian National Opera, and L’isola disabitata at Alice Tully Hall. She holds an MFA from Tisch School of the Arts. 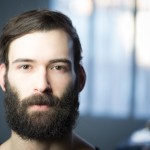 Nicholas Bruder (Performer) is a graduate of CalArts who has been collaborating with Patricia since her 2009 production of CIRCUITS. He also worked with the UK theater company Punchdrunk, as Macbeth in their New York production of Sleep No More, for which he won the 2011 Falstaff Award for Best Principal Performance. He has performed with the Metropolitan Opera in The Death of Klinghoffer (dir. Tom Morris) and Cavalleria Rusticana / Pagliacci (dir. Sir David McVicar), and frequently collaborates with Palissimo. His own works as a choreographer and fine artist have been shown at multiple venues in the US and throughout Europe. Nick was nominated for a 2016 Bessie Award as an Outstanding Performer. 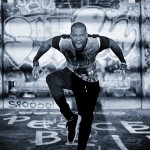 Aaron Jones aka AJ “The Animal” Jones (Performer) is a Brooklyn native and a US Navy veteran and co-founder of The Era Dance Crew. Having no prior dance training, he has been developing his unique style of flexing called “Animal Animation,” which involves elements of popping, locking and break dancing technique and had won numerous battles in the New York City area. AJ has also starred in music videos for Busta Rhymes and Dynasty. As an international performer, AJ has been dancing at venues such as the Bremen Theatre (Copenhagen, Denmark) and took part in the Animalistic Tour (Munich, Germany) in spring of 2015. REPLACEMENT PLACE is his first collaboration with PNDT.

Christopher Lancaster (Composer, Musician / Performer) is an electro-acoustic cellist and composer based in Brooklyn, New York as well as a founding member of the bands Tranimal and Loving You. He trained as a classical cellist and utilizes discipline and skills acquired in classical training in his work with technology. His inspiration often comes from his many collaborators from film, dance, visual art and music. In the field of dance he’s worked with Gothenberg Ballet, NDT, Lyon Opera Ballet, Bill T. Jones, Brian Brooks, Sean Curran, Dance Forum Taipei, Camille Brown, Complexions and others. He had the privilege of performing his music for President Obama at the Kennedy Center in 2010. REPLACEMENT PLACE is his first collaboration with PNDT. 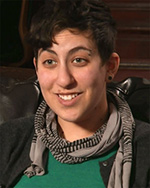 Barbara Samuels (Lighting Design) is a lighting designer with an MFA from NYU Tisch School of the Arts, and a BA in Theater from Fordham University. She has designed for numerous theatre companies, including Williamstown Theater Festival, Ontological-Hysteric Theater, The Cherry Lane Theatre, the New Ohio Theatre, as well as the Obie-award winning production of Great Lakes at New Georges/The Women’s Project in 2015. From 2009 to 2013 Barbara was the General Manager for the theater company 13P. Currently, Barbara is the producer for Morgan Gould & Friends. REPLACEMENT PLACE is her first collaboration with PNDT. 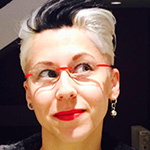 Vita Tzykun (Costume/Set Design) is a native of Odessa, Ukraine. She is a founding member of GLMMR – a NYC-based interdisciplinary art collective that fuses visual arts, photography, multimedia technology, and live performance. She has designed sets, costumes, and projections for companies such as The Kennedy Center, Opera Company of Philadelphia, Boston Lyric Opera, Juilliard Opera, 3LD Art & Media Center, NY Classical Theatre, Cherry Lane Theatre, and 92nd Street Y. Most recently, she has designed sets for Todd Almond & Courtney Love acclaimed Kansas City Choir Boy at the innovative Prototype Festival in NYC. Her numerous film and TV credits include art direction for Lady Gaga’s ABC Thanksgiving Special, production design for several feature and short films, and commercials for PBS, DirectTV, Bulova, and the U.S. Army. Her work was recently showcased in a solo exhibition at the National Opera Center in New York, and has been featured in exhibitions at the Entertainment Industry Expo in NYC, the World Stage Design Exhibition in Toronto, and in Entertainment Design magazine. REPLACEMENT PLACE is her first collaboration with PNDT. In 2016, Victoria Tzykun got nominated for Best Design by the International Opera Awards.

Hope Davis (Artistic Associate / Rehearsal Assistant) is an original cast member and rehearsal director of Punchdrunk’s  Drama Desk and Obie Award winning production Sleep No More.  She has been a part of the production in Boston, New York and will soon lend her skills to the Shanghai show. Hope has danced and collaborated with Davis Freeman/Random Scream, Christopher Williams, Daniel Charon, Douglas Dunn, Mark Dendy, and performed as a guest soloist for The Limón Company.  As a teacher, Hope has offered her classes and coaching to students at NYU Playwrights Horizons, through Witness Relocation, and has been an immersive theater consultant on many productions in New York and abroad.  Her interest in telling stories in a visual context brought her to photography school at International Center of Photography. She currently documents dance on stage and off in her series Portrait of a Dancer and is collaborating with songwriter Tom Rossi on a music video for his single Tears of Gold. 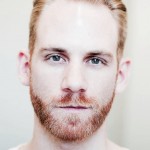 Erik Abbott-Main (Dramaturgy) is a performer, choreographer, visual artist and educator working in New York City. A graduate of Eastern Michigan University (BA Theatre Arts) and The Ohio State University (MFA Dance), he creates improvisation, mixed media and installation performances nationally and abroad. Erik is a current performer in Punchdrunk’s New York production of Sleep No More (Macbeth). He has collaborated with choreographers Dante Brown, Kristina Isabelle, and Betsy Miller and more. He has performed in concert works with White Road Dance Media, Peter Sparling Dance Company, and Stefanie Nelson Dancegroup. Erik was an originating cast member of Third Rail Projects’ The Grand Paradise (Dad). Additionally he works under the moniker “Boy Friday” to create performance projects diverse in measure and venue. REPLACEMENT PLACE (’15) was is his first collaboration with PNDT.